On Saturday, October 2, 2021, the Mighty Cardinal Marching Band was a featured performer in the Kent State University Homecoming Parade.  The 1.5 mile parade stepped off from the corner of Midway and Main on the KSU Campus.  The band, under the direction of Mr. Randy Woods class of 2004, played a number of favorites including “Blinding Lights” by The Weekend.

The band has been practicing hard since the late summer and they’ve added a number of auxiliary performances, drumline features, and dances to their repertoire.  The Might Cardinal Marching Band was also featured in the Shaw Stadium inaugural halftime show on Friday, September 24 and they will be performing at the final home game of the year on October 22 against Lorain. 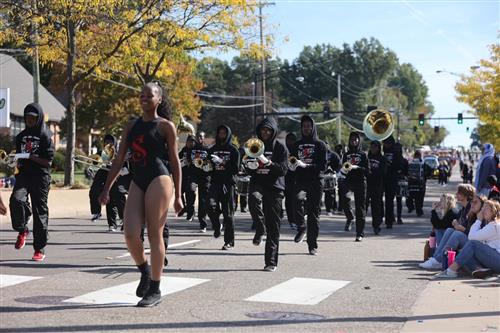